Support for the anti-virus measures is widespread across Africa, but there are concerns about the safeguarding of freedoms. Africans are sharply divided over government intrusion in economic freedoms and civil liberties, they don’t blame the crisis on globalization and free trade, and they are angry about corruption and dishonest government putting health systems at risk. There are substantial regional differences, with southern Africans more sceptical about their governments. Young Africans are more on the side of strong government controls.

There is wide backing across the African continent that in order to control the corona-virus Covid-19 restrictive measures have to be taken. 92% of Africans support such measures, women (95%) even more than men (90%), and East Africans even 96%. In fact, half of all Africans do not only support the measures, but also believe that they have beneficial effects on society, whereas a sizeable 40% support the measures yet sees them as a risk to individual freedoms. 7% believe that the measures go too far and unnecessarily put those freedoms at risk, and a mere 1% believes the measures aren’t necessary at all.

This is less the case in southern Africa, where only 32% see beneficial effects on society, 47% see a risk to freedoms and 14% find the measures going too far.

This is the outcome of a survey held amongst 1200 respondents across Africa by the Africa Liberal Network (ALN) and the Friedrich Naumann Foundation for Freedom (FNF), between April 16th and May 3rd, 2020. The survey covered 36 out of 54 African countries.

The survey shows that 62% of Africans (in East Africa even 71%) are prepared to give up some or many of their freedoms for a longer period of time to get the virus under control (women 70%, men 58%), whereas 32% is prepared to do so for a few weeks at the most, and 4% not at all.

This may well be, because 65% of Africans believe that the virus is especially risky in Africa, because “health systems have suffered from corruption and dishonest government” (in East Africa this figure goes up to 71% and in southern Africa to 77%). On the other hand 21% believe that it is an exaggeration to say so, and 11% disagree.

As regards the causes of the virus in Africa, less than a quarter (23%) points the finger at globalization and free trade and believes that borders should remain closed (in West Africa even less, only 19%, but in East Africa 38%). 32% believes that it is exaggerated to blame open markets, and 41% (in southern Africa 48%) disagree completely that that is where the blame lies.

Amongst other results, Africans see much fake news around. Just over a quarter (27%) believes that all the news about the virus is correct, whereas 60% does not think so and takes the news with a pinch of salt. 8% even believes that most of the news is fake and merely unnecessary creates panic.

And, finally, has the crisis changed the opinion on individual freedoms, such as freedom of movement, freedom of assembly and freedom of the press? 28% were and still are in favor of strong government control on freedoms, and on top of that another 14% are now more in favor of such controls, because “if you allow people to do as they like you end up with crises such as Covid-19”. On the other hand 34% always did and still do support maximum individual freedoms, and they are joined by another 16% because “the crisis has made clear how terrible it is when the government takes citizens’ freedoms away to organise their own lives”. Here, too, the situation is different in Southern Africa, where 18% plus a new 6% back strong government control on freedoms, whereas 45% never did and are joined by another 25%. In East Africa though proponents and opponents of strong government control are evenly balanced (26% each), but another 28% are now more convinced of such controls and another 15% less. Amongst young people 32% back strong control and 30% doesn’t, but another 19% is now more convinced of it whereas 13% isn’t.

Support for the anti-virus measures is widespread across Africa, but there are concerns about the safeguarding of freedoms. Africans are sharply divided over government intrusion 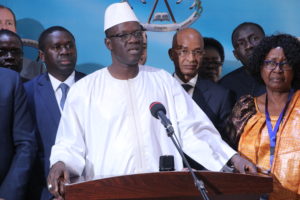 A letter from the network’s President: Thank You!

Dear members, dear colleagues Greetings to all and my wishes of good health for you, your families and loved ones. I would like to first, 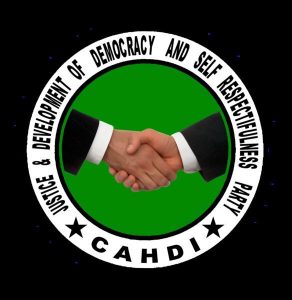