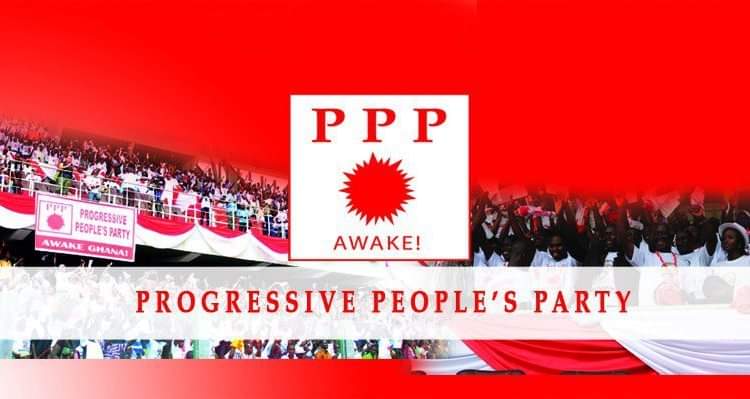 I consider this an honour and a privilege to address you on the occasion of our 6th National Convention under the theme “Our Turn and Our Time to Take Over Power”, from far away in New York in the United States of America, through the power of technology. This is the result of international travel bans arising from the COVID-19 pandemic. Today will mark my last opportunity to speak to you as the National Chairman of our great Party – the Progressive People’s Party – the party many describe as Party Papa Paa, Per Papa Preko. During these past eight years, many have acknowledged my presence with the Party slogan Awake – Yasor. I am profoundly grateful to you for giving me the opportunity to serve, to work with you to move the party from nowhere in 2012 to the enviable position as the 3rd largest Political Party in Ghana, and also reaffirming our 3rd position status in the 2016 general elections.

The end of my remarkable tenure is here with us; but with Election 2020 some five months away, there is still plenty for the Progressive People’s Party (PPP) to crave for, as we prepare to go into the trenches once again to seek the mandate of the Ghanaian people to move the party from 3rd to 1st. As we do so, we entreat our supporters, and for that matter Ghanaians, to look forward to the same decent brand of a PPP campaign that is devoid of insults and deception. Ghana should look forward to seeing a more progressive campaign of decency and ideas.

It has been eight progressive years like no other; and for the PPP. We have scored many milestones and records, although the ultimate aim of being in government has eluded us. While we reflect on the incredible period as a whole, let me take this opportunity to thank all those who have contributed to the successes so far chalked by our political party.

I say a big thank you to Dr. Papa Kwesi Nduom whose vision gave birth to this great party; and Madam Eva Lokko who we celebrate posthumously as an icon, who brought her steely and disciplinary character to bear on the Party. The same goes to our immediate past Vice Presidential candidate, Madam Brigitte Dzogbenuku, you will forever be cherished by the Party. To Uncle Mike Eghan Senior and Chairman Ladi Nylander, I say a big “Thank You” for your unflinching unalloyed support and insights that have sustained our stewardship to the party. Again, to all of our progressive forces who defied the odds to lay the foundation of our great party in 2012 and still remain at the forefront of changing the character and content of Ghanaian politics, may the Almighty God give you the strength and tenacity to soldier on as you have done in the past.

Indeed, it’s through your untiring efforts that today, most Ghanaians look into the future with a firm belief that there is an alternative to the politics of insults, character assassination and the pure terror that have been at the centre-stage of our political discourse since the inception of the 4th Republic. It’s through your collective desire to change the face of Ghanaian politics that today we have many of the actors on the other side of the divide talking about Free Senior High School and other government intervention programmes.

The borrowing of our ideas by other political parties proves we are influencing the national agenda and that the other political parties are beginning to appreciate the PPP’s position that nothing is beyond human capability if we set out with a good mindset and a determination to achieve the set objective. As we continue with this rather long political journey, the PPP will still campaign on its 10 point agenda which we believe is the surest way to transform the direction of our country within a given four-year tenure of office. The investments we make today will be key to our victory in December.

It begins with an agenda to have a clean environment which is the basis of our health policy; the use of the State’s Purchasing Power to support indigenous Ghanaian businesses; Free Compulsory Continuous Quality Education from Kindergarten to the Senior High School level; and a Politics of Inclusiveness – that is to assemble the best, irrespective of their political affiliation, to form a government without necessarily looking at who takes the credit. After all, Ghana will be the winner in this arrangement, and we want to be the pioneers of such a novelty.

Over the last 8-years of the NDC NPP Administrations, the PPP led a coalition of concerned citizens and organizations to present to Former President Mahama, a petition that advocated for the direct election of Metropolitan, Municipal, and District Chief Executives believing that when members of the Assemblies and Chief Executives were all directly elected, local government in the true sense, will become answerable and accountable to the people that elected them. We remain confident that our proposed direct election model or system will not only end the disastrous Winner-Takes-All phenomenon enshrined in our 1992 Republican Constitution but represent the most efficient way to ensure rapid development and progress at the local level.

The PPP sought to compel the government to enforce the free aspect of the Constitutional provisions on Free Compulsory Universal Basic Education (FCUBE). We were disappointed when the Supreme Court dismissed our writ and failed to support our initiative to pull children of school going age from loitering about during school hours, thus contributing to Ghana remaining at the bottom of global school rankings, and being unable to expand our Human Development Index (HDI) due to the high unskilled labour.

When the startling revelations of corruption at GYEEDA and SADA frightened Guinea Fowls to disappear, the PPP negotiated with the Ghana Police Force on a peaceful public demonstration against corruption in government. We clearly and truthfully spoke against the current administration when it came into government with a hundred Ministers and Deputies. The oppressor’s rule of Creating, Looting, and Sharing in government should be fearlessly resisted with all our will and might to avoid the association of corruption with Ghana’s young Democracy.

The PPP met with the Constitutional Review Implementation Committee (CRIC) Chaired by Prof EVO Dankwa and submitted recommendations to make the 1992 Constitution beneficial to Ghanaians. Unfortunately, all the investments in time and effort, by both the CRC and CRIC, appear heading to the heap of financial loss to the state.

We have consistently argued for a National Identification Database, under both the NDC NPP administrations to be the answer to the elimination of double, minor, alien voter registrations, and for the database to be shared by state and private organizations. What we have rather witnessed is successive administrations starting their own systems with complete disregard to what a previous regime has done. Undoubtedly, the people of Ghana suffer and the national economy takes a backward step every time that happens.

Under the theme: ‘’More Freedom & Fairness: The Pursuit of Growing Africa’s Economy’’, the PPP hosted the 14th General Assembly of the Largest Political Affiliation of Liberals in Africa – the Africa Liberal Network (ALN), and the International Federation of Liberal Youth (IFLRY) from across the Globe. The General Assembly passed resolutions on Climate Change and adopted the Accra Declaration on Liberal Economies, clearly stating that Africa was sick and tired of being poor begging for foreign aid, and selling our resources outside the continent ostensibly to fight underdevelopment, poverty, and inequality.

We campaigned in 2016 on a platform of jobs, jobs, jobs. We were led by our Presidential Candidate, “Edwumawura”, who is known nationally for creating thousands of jobs in every region of the country and whose enterprise supported the development of many, many small and medium scale companies. Unfortunately, politics of envy and destruction has been used to manufacture a crisis that has caused unemployment and hardship for thousands of families. We will campaign this year for the restoration of indigenous businesses who have suffered under an administration that lacks compassion.

So looking back at what we have achieved within the relatively short period of our existence, let all of us celebrate today with pride and honour as we hand over to a new administration that will steer the affairs of our great party for the next four years. Let’s savour this occasion because it’s a day that marks us as a distinctive political entity that is guided by discipline and the willingness to serve Ghanaians with true humility.

We are a party that agrees to disagree because we believe politics is an avenue to trade ideas without resorting to fighting and throwing stones or hurling insults at each other as NPP and NDC have been doing over the years. In the course of deliberations, we sometimes disagreed strongly on certain issues and principles, yet we found an amicable way of arriving at a consensus. That is the level of maturity, civility, sanity and thoughtfulness that the PPP has brought into our political character.

We’ve shown such rare traits in our body-politic because we have always been bold to defend the cause of freedom and of right, guided by the desire to offer to the good people of this country, a brand of politics that has been lacking in our political discourse since the inception of the 4th Republic.

The people tell their governments what to do and PPP has become the voice of the people – disenfranchised citizens – crying for social justice. Covid-19 has brought to the fore the plight of many Ghanaians. The lack of basic drinking water and sanitation services drives home the point that contact
transmission could easily accelerate the spread of the virus in our risksensitive environment. It is no secret that many Ghanaians are forced to respond to nature’s call in the bushes and on the beaches; and many have to compete with the goats and cows in the streams and rivers for bathing and drinking water or die from dehydration. Therefore, let us remind the disenfranchised citizens of Ghana that access to clean water and sanitation is a fundamental human right so they should not waste their ballot votes on the NPP/NDC parties that have been unwilling or unable to guarantee them these basic rights.

To succeed with this noble agenda, we must have our names in the new voter’s register. I wish therefore to encourage every qualified Ghanaian to observe the COVID-19 protocols and participate in the process of registration to enable us to vote, and vote wisely for the PPP on December 7, 2020.

I am grateful, as I conclude, to be able to turn over the reins of leadership to the new National Chairman. I believe that our in-coming administration will continue to strengthen the PPP and the ideals it stands for. I wish the new administration the very best as they lead us to seek Prosperity-In-Peace, assured that PPP’s best days lie ahead. 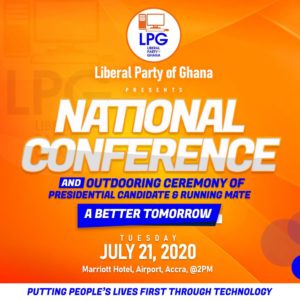 National Conference of The Liberal Party of Ghana (LPG)

The National Conference of The Liberal Party of Ghana (LPG) to acclaim and outdoor its National Executives shall take place on Tuesday July 21, 2020. 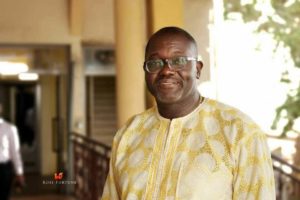