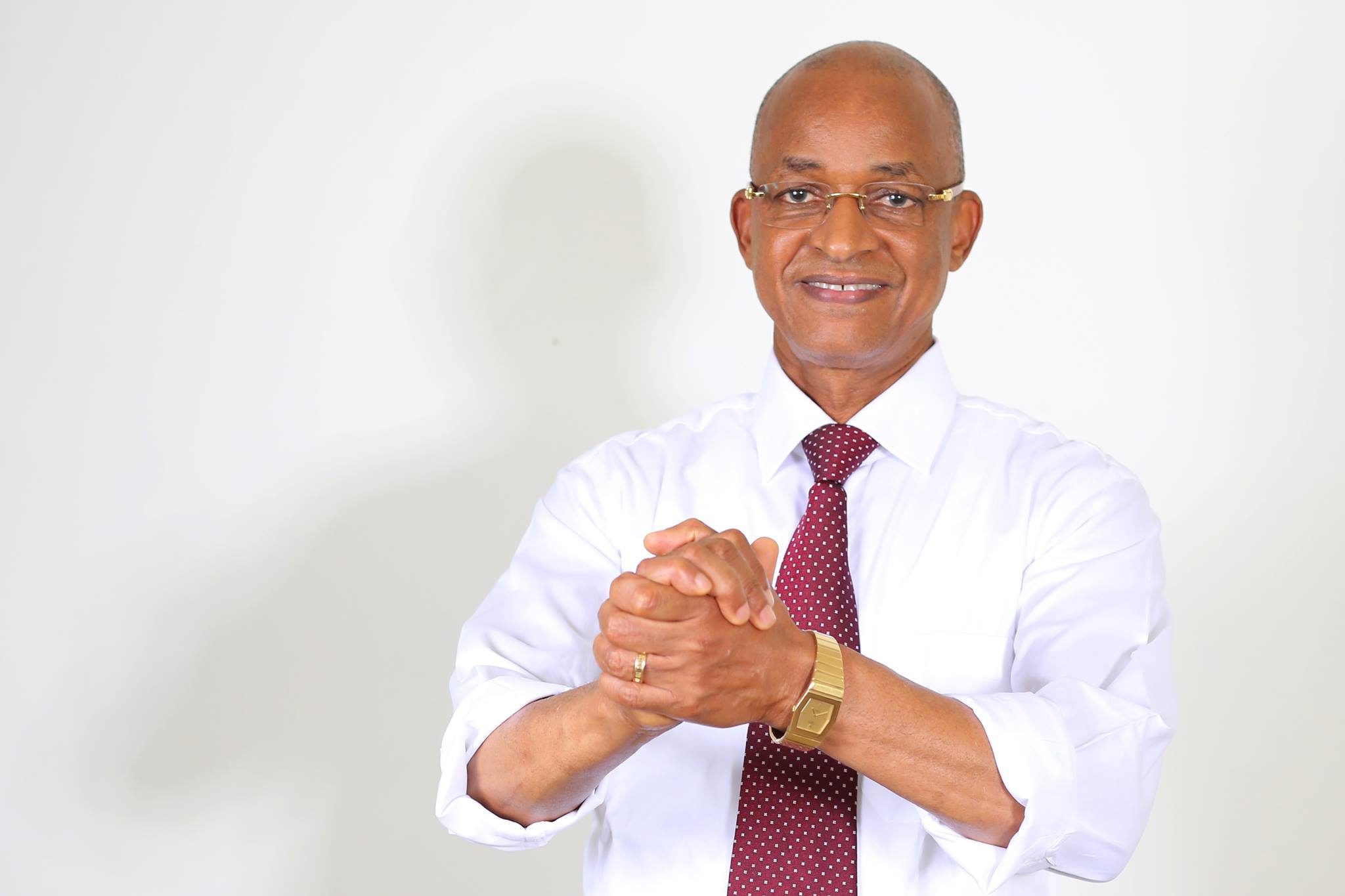 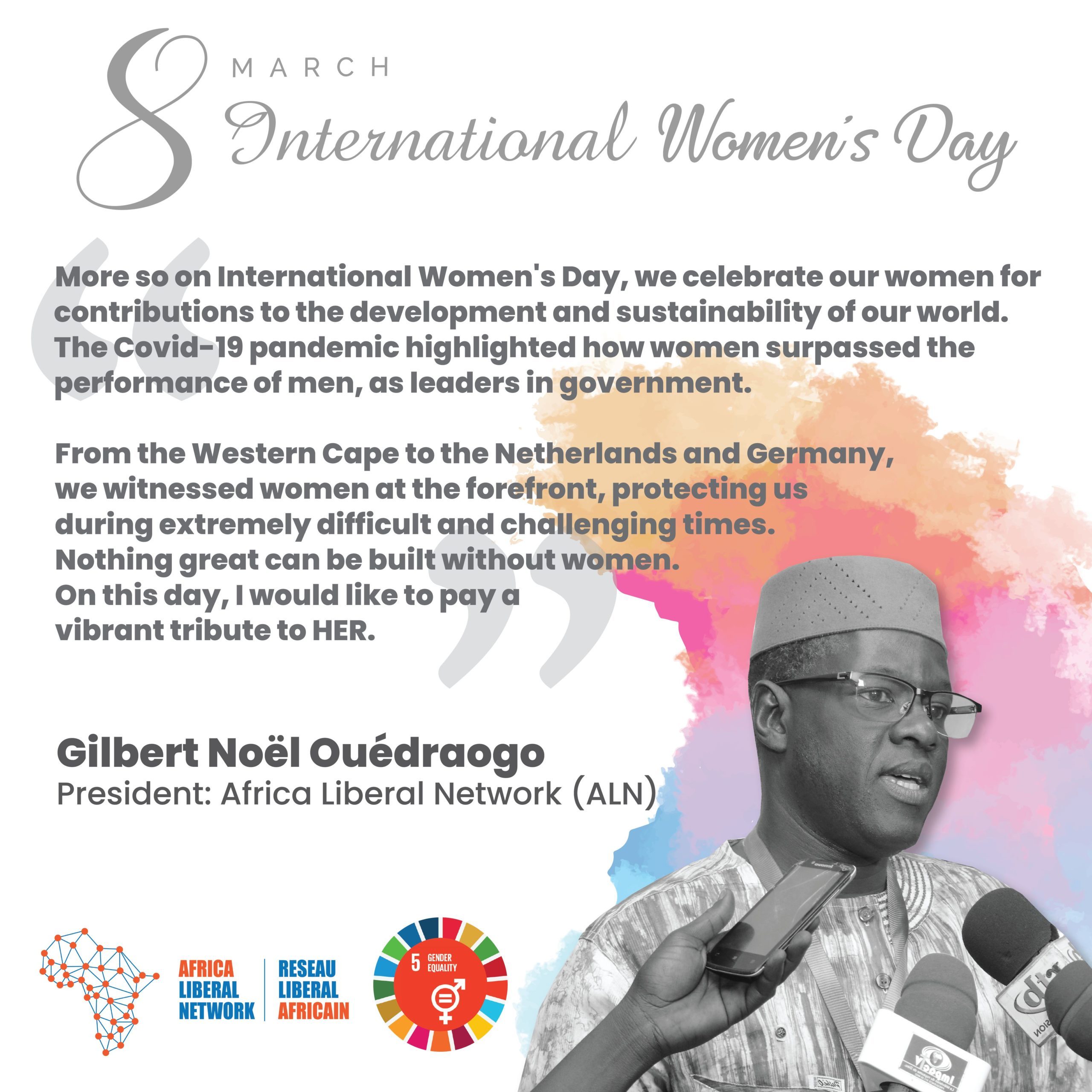 On this memorable day, 8 March 2021, I would like to pay a vibrant tribute to our mothers, sisters, wives and daughters. Indeed, this International Women’s Day consecrates women’s rights won through hard struggle and takes on a special cachet, especially in Africa.

At the continent level, I would wish to focus on the theme: “Financial inclusion through digital technology for women’s economic development: challenges and prospects”.

At the international level, this year’s theme, “Female Leadership: For an Equal Future in the World of Covid-19”. The theme celebrates the tremendous efforts by women and girls around the world in shaping a more equal future and recovery from the COVID-19 pandemic.

It is also aligned with the priority theme of the 65th session of the Commission on the Status of Women (CSW), “Women’s full and effective participation and decision-making in public life, as well as the elimination of violence, for achieving gender equality and the empowerment of all women and girls”, and the flagship Generation Equality campaign, which calls for women’s right to decision-making in all areas of life, equal pay, equal sharing of unpaid care and domestic work, an end all forms of violence against women and girls, and health-care services that respond to their needs.

I am fully committed to this.

On this International Women’s Day, I pay tribute to our women for their contribution to the development and sustainability of our world. The Covid-19 pandemic highlighted how women surpassed the performance of men, as leaders in government.

From Africa to Asia to Europe to America, we have seen women at the forefront during extremely difficult and challenging times.

Nothing great can be built without women.

On this day, I would like to pay a vibrant tribute to HER. 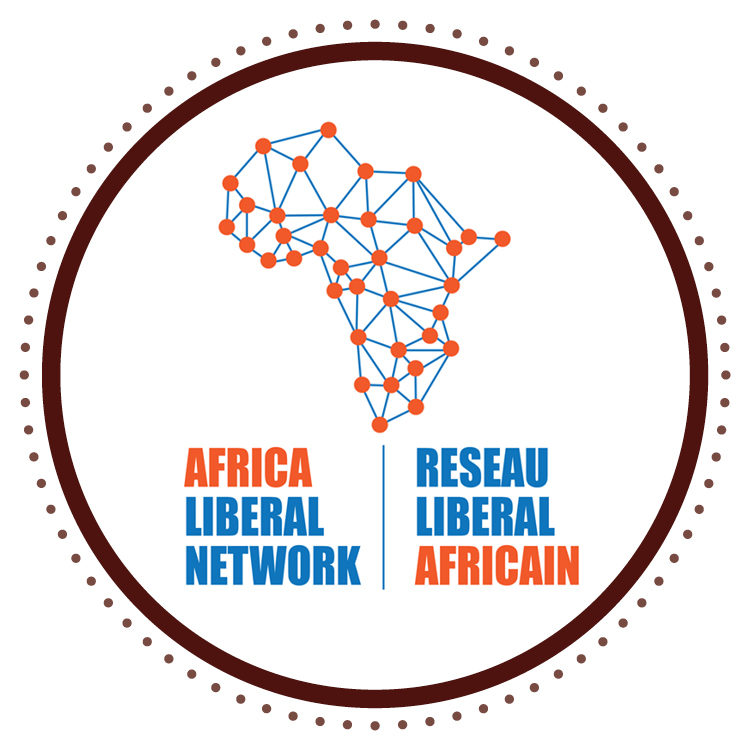 Resolution to postpone the General Assembly 2021

Noting that the network convenes during the first quarter of each year, the General Assembly which is a mandatory meeting for all members of the network under the chairmanship of its President.

The examination and voting of motions to amend the statutes or their appendices;
The examination and voting of applications for membership or motions to suspend or revoke members;
The proposal, approval or adoption of the schedule of activities for a specified period of time;
The consideration and vote on any motion presented by a member;
The election of the Executive Committee in accordance with this Constitution;
Any other decision necessary for the operation of the Network or the achievement of its objectives.

Noting that the 2021 General Assembly is an elective GA,

Noting the challenges presented by the coronavirus pandemic (COVID-19) over the past 12 months that has affected all spheres of life, governments and businesses.

Noting that the pandemic has forced governments around the world to impose lock-in measures and several other restrictions, including international travel, making it difficult for our members to gather in one place.

The Executive Committee following its meetings on Wednesday, January 20 and 27, 2021, during which it considered other options for holding the General Assembly through an online meeting using applications such as Zoom, which have their own challenges given the limitations of digital communication on our continent,

Examining at its meeting on Monday, February 22, 2021, the conclusions of the recommendations of the consultation missions by letter of February 8, 2021 from the President to the leaders of the member parties,

Having considered all the guidelines provided by the World Health Organization (WHO);

Having reviewed all guidelines provided by the African Centers for Disease Control and Prevention (Africa CDC);

The Executive Committee and the leaders of the political parties of the African Liberal Network decide to postpone the General Assembly from 2021 to 2022:

The duly mandated executive members of the African Liberal Network decide, through consultative engagements, as of February 16, 2021, to support the considerations of the Executive Committee and to postpone the elective General Assembly from 2021 to 2022.

By this resolution, it confirms the postponement of the elective General Assembly from 2021 to 2022. 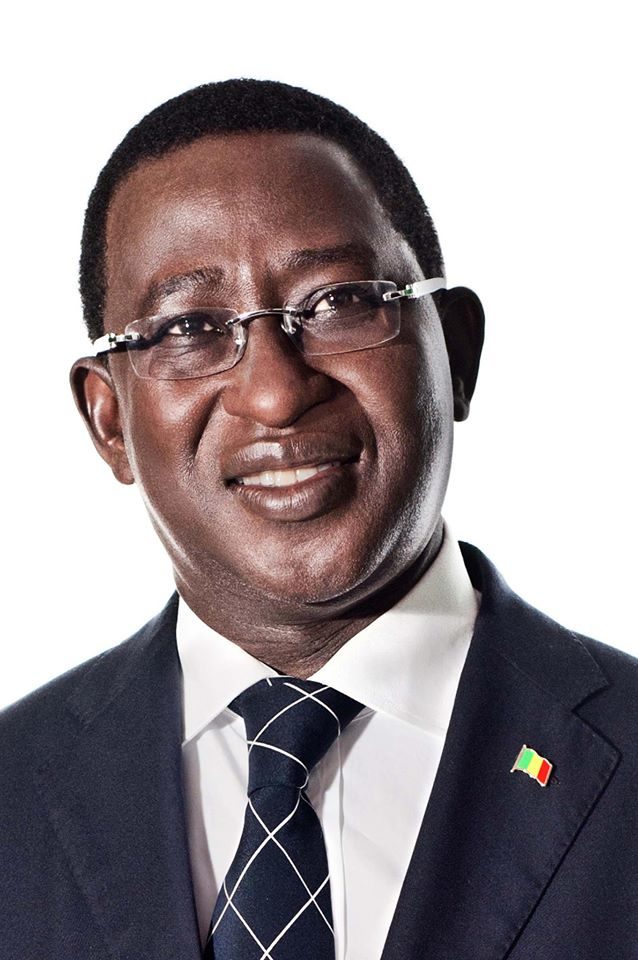 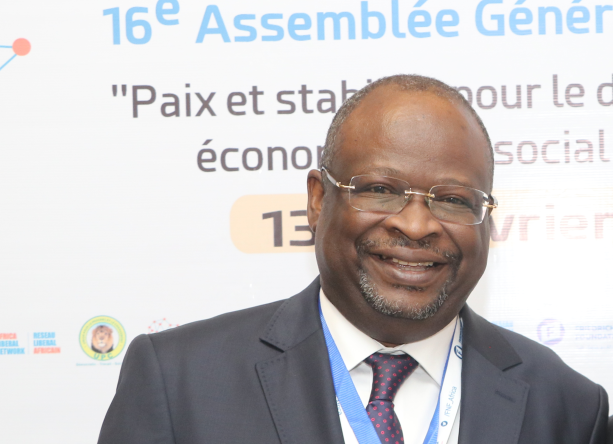 The Africa Liberal Network takes this opportunity to give its full and complete support to President Guy Brice Parfait Kolélas, candidate of the Union of Human Democrats-YUKI (UDH-YUKI).

The Africa Liberal Network is convinced that the candidacy of the President of the UDH-YUKI is a concrete embodiment of the change so legitimately desired by the Congolese people. Furthermore, the Africa Liberal Network has no doubt whatsoever about the will and determination of President Guy Brice Parfait Kolélas, to carry out the profound political and economic reforms that are necessary to establish a liberal democracy and an inclusive and diversified economy for the general interest of the population.

The network strongly hopes that this election will take place freely, transparently and in a climate of peace. 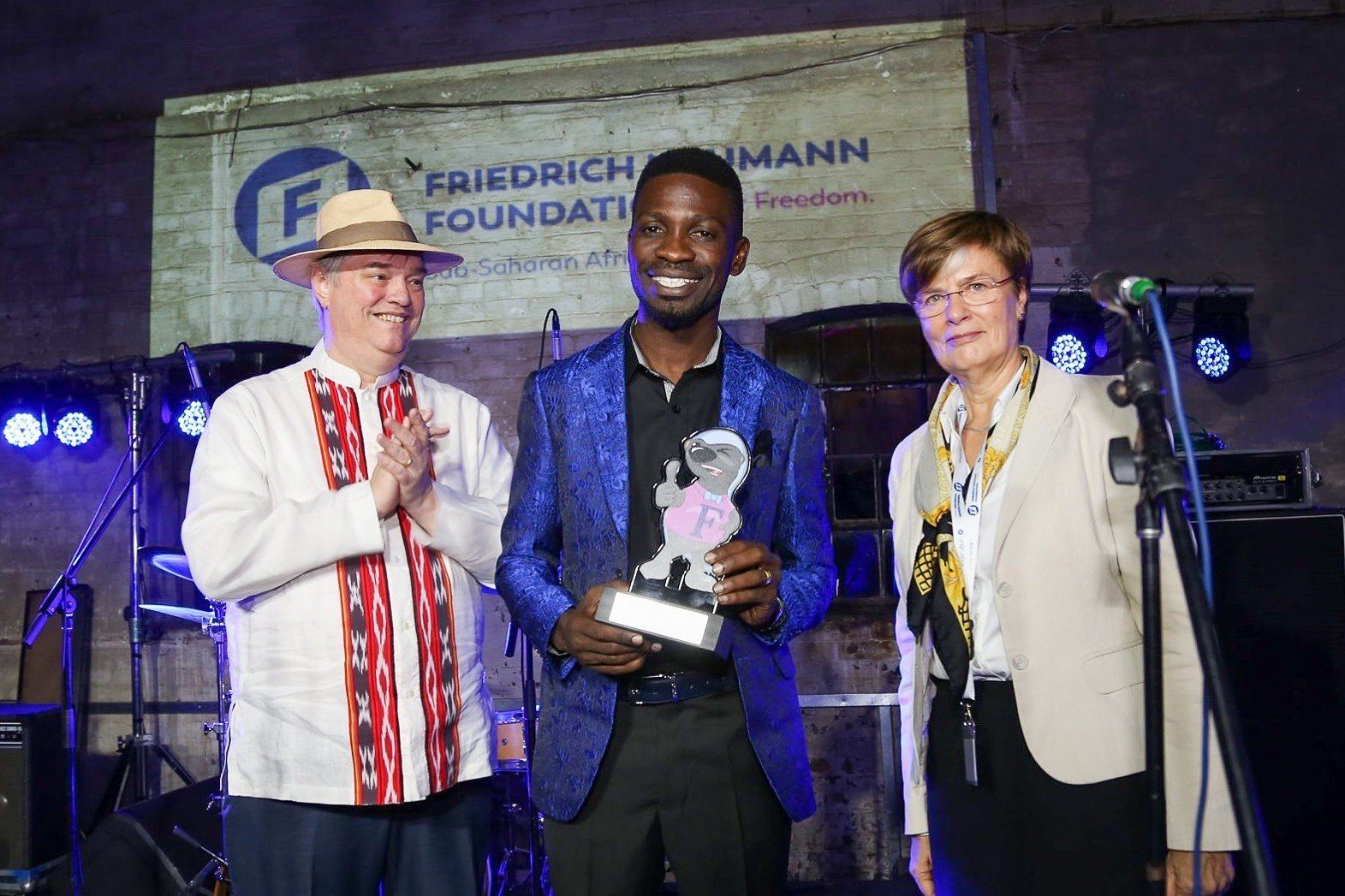 The ALN, LI and FNF call for democracy and human rights to be respected in Uganda

The Africa Liberal Network (ALN), Liberal International (LI) and the Friedrich Naumann Foundation for freedom (FNF) are deeply concerned by the continued human rights violations in the run-up to the presidential and parliamentary elections in Uganda, taking place on 14 January 2021. These violations include arbitrary arrests, detention, and torture. Reports indicate that many covid-19 restrictions have been enforced selectively, to curtail the political participation of the opposition.

Leader of the National Unity Platform (NUP) and presidential candidate Robert Kyagulanyi Ssentamu MP, known as Bobi Wine, and his supporters have consistently been the main target of these political attacks. At least 55 people have been killed in the past month during protests against the repeated arrests and detentions of him and other opposition candidates.

We call on sitting President Yoweri Museveni, who has been in power for the past 35 years, and the Ugandan security forces to immediately cease all anti-democratic attacks on the legitimate political opposition, and to allow the people of Uganda to have their say in the future of their country. Further, we urge the international community – including the African Union and the European Union – to speak out to condemn and take action to prevent such brutal violations, and to hold the culprits responsible when they take place.

* a joint initiative of Liberal International, the Friedrich Naumann Foundation, the Innovation in Politics Institute with the support of the Africa Liberal Network that seeks to equip liberal democratic political startups with the skills they need to win elections. 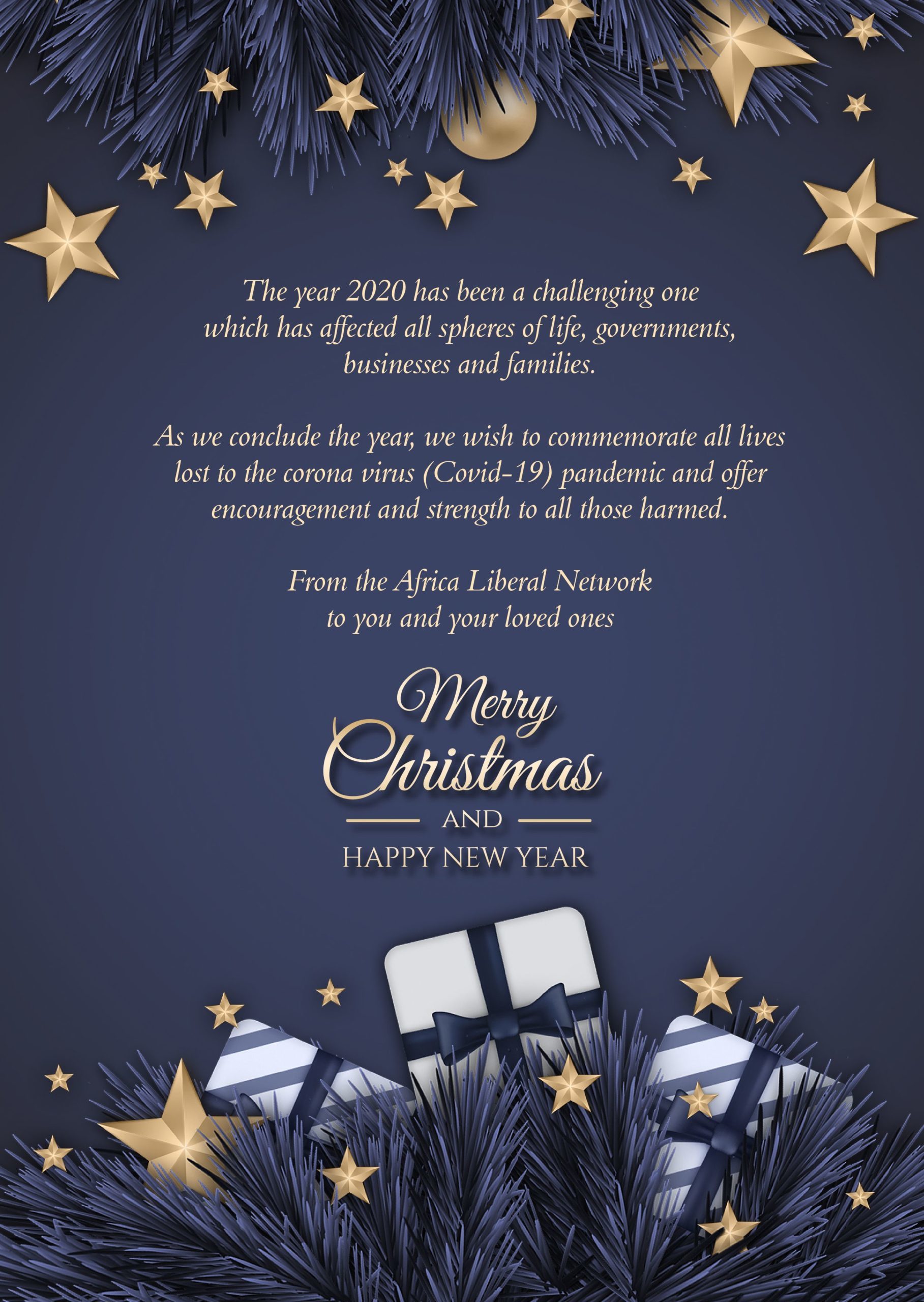 The year 2020 which is coming soon to an end has been difficult for all, especially because of the COVID-19 pandemic. However, the Africa Liberal Network continued to function through the organization and monitoring of the various activities in accordance with its set objectives.

2020 was also for some of our members, an election year which ended for some with victories and for others with opportunities to re-assess. I would like to congratulate everyone for the efforts that have undoubtedly contributed to promoting the ideals of liberalism in Africa and across the world.

The health crisis did not allow our us to be physically present and assist everyone as needed, but we managed to show our support whenever necessary. Some of us have lost loved ones during this year. We reiterate the compassion of the network and renew our most saddened condolences. As we are enjoying Christmas festivities, I would like to remind you all that the virus is still there, therefore, let’s observe all sanitary measures, limit our movements and remain on guard.

In terms of prospects, we would like to continue implementing the network’s three-year strategic program, which was severely impacted by the pandemic.

For 2021, our goal is to succeed with the organization of the elective General Assembly scheduled for February-March 2021 in Congo Brazzaville if the sanitary conditions were to improve, making traveling and the Gathering possible.

This General Assembly will also include the examination of the updating project of our fundamental texts led by our brother Olivier Kamitatu and his team whom I congratulate for the excellent work.

In the meantime, I wish you all Merry Christmas and a Happy New Year filled with good health, peace and joy. 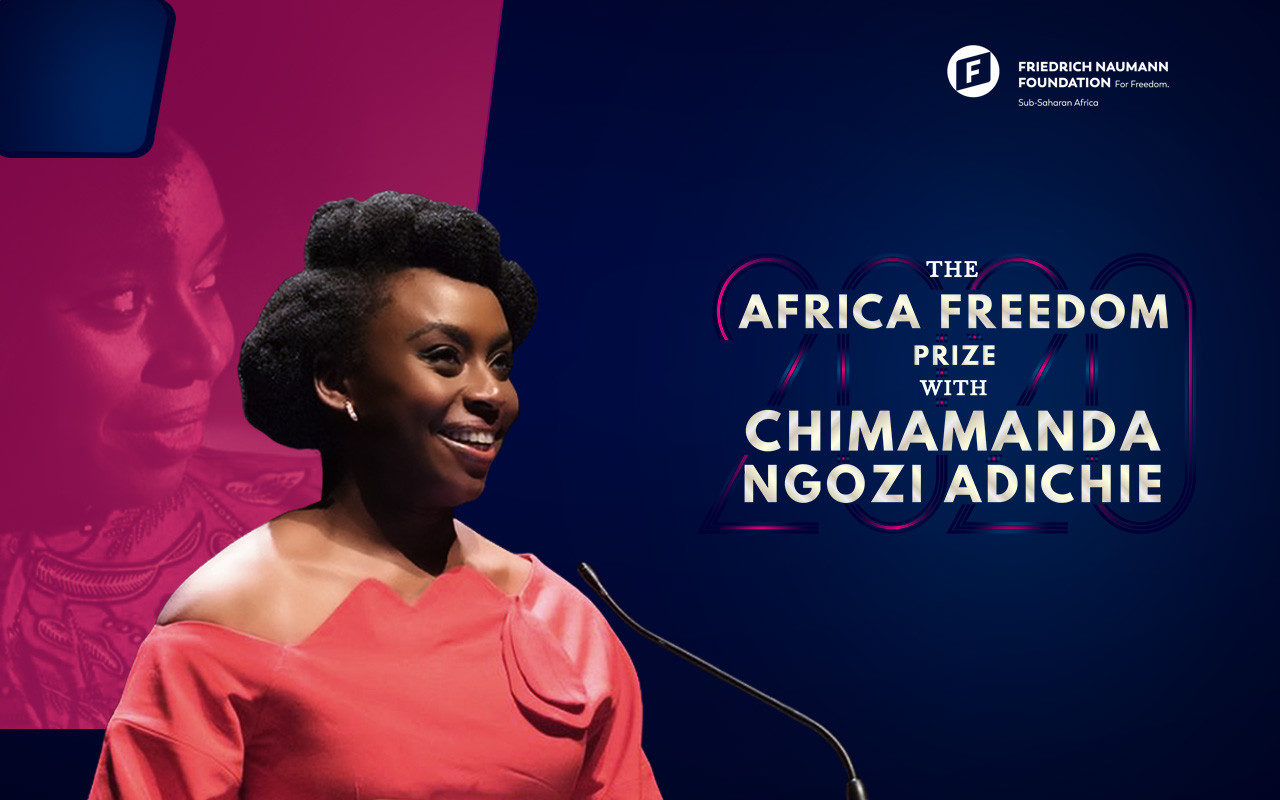 In her award-winning works, Adichie relentlessly addresses the central social grievances and political challenges of our time. As one of the most important intellectual champions of women’s rights, she inspires people around the world in their pursuit of freedom.

“Chimamanda Ngozi Adichie is the long-lost, undogmatic voice of liberal feminism in the 21st century. She represents the success and self-image of a new generation of African women writers who are increasingly making their voices heard on the world literary stage. In her fight for freedom and self-determination for women, Adichie contributes to the consolidation of liberal values ​​and goals – not only in Africa, but all over the world”

– an extract from the jury’s decision, as relayed by Prof. Dr. Karl-Heinz Paqué, Chairperson of the Board of Directors of the Friedrich Naumann Foundation for Freedom.

“I very much appreciate the honour of The Africa Freedom Prize. It is always gratifying to be recognised, and particularly so in this case, to join the good company of others who share my commitment to our beloved continent” – Chimamanda Ngozi Adichie.

The event will be hosted by South African media personality Redi Tlhabi, with a special musical performance by Zolani Mahola.

About the laureate: Chimamanda Ngozi Adichie was born in 1977 as the fifth of six children in the Nigerian university town of Nsukka. At the age of 19, she moved to the United States to study communications and political science, where she graduated from Princeton University and Yale University. Today Adichie is one of the great voices in world literature. She has received numerous awards for her work, including the National Book Critics Circle Award and the International Hermann Hesse Prize. Her lectures “We should all be feminists” and “The danger of a single story” are among the most watched TED talks. Adichie’s work is translated into 37 languages. She lives in Lagos and the USA.

About the Africa Freedom Prize: With the Africa Freedom Prize, the Sub-Saharan Africa Regional Office of the Friedrich Naumann Foundation for Freedom has been honouring outstanding personalities who provide decisive impulses for the development of liberal civil society in African countries every year since 2016. Previous winners are Mmusi Maimane, Bobi Wine, Gareth Cliff and Hakainde Hichilema.