Honorable Irene Nyakerario Mayaka
A mother, a politician, and a nominated member of Nyamira County Assembly delegated by the Orange Democratic Movement (ODM), with specific roles in providing oversight and legislation at the County Assembly on behalf of the citizens of Nyamira County. I am an Accountant and Public Secretary by Profession, with a Bachelor of Commerce (finance), CPA (K) – certified public accountant and CPS (K) – certified public secretary. Previously a Banker with 11years experience in client experience, service quality and portfolio management.
I form part of the membership and recruitment committee of ODM and am a founder member of the lobby group, Daughters of Raila (in charge of resource mobilization), instrumental in the 2017 presidential campaign. I am currently focusing on women in political leadership preparations, as the Daughters of Raila intend to assist our members whom are contesting for political leadership in the August 2022 General Election.
My journey to being sworn in as a nominated member of County Assembly has been one with hurdles and lessons. ODM and all other political parties forward a list of nominees to the Election Body for Kenya (IEBC), thereafter all party nominees are communicated by IEBC in the official gazette.
My name featured in the ODM nomination list published in our local Daily Newspapers on 21 July 2017 under the gender top-up list for ODM. When the official IEBC gazette was published on 28 August 2017, my name was excluded from the list of nominees and a new name, which was not part of the initial list, was inserted in its place. Investigations conducted by ODM and the IEBC revealed that the new name was inserted there fraudulently. There were also no supporting documents which accompanied the new name inserted. The investigation also revealed that fraudulent court order papers, were seemingly included, in support of the new name insertion.
To correct this anomaly, IEBC released a revised official gazette notice on 8 September 2017, deleting the name Damaris Muoni and rightfully included my name. On the day I was meant to be sworn in to the County Assembly, a court order barring me from being sworn in was presented. The case was heard by the Magistrate Court of Nyamira County on the 28 February 2018, and thereafter immediately dismissed, with a court order advising that I be sworn in.
An Appeal to the High court of Nyamira was initiated and again the matter was dismissed on the 19 July 2018.  The High Court ruling was responded to with an appeal to the Court of Appeal, which also dismissed the matter on 14 February 2019 for lack of jurisdiction.
Through a different petitioner, a new attempt was initiated, this time questioning the IEBC official gazette, this too was discovered to be fraudulent and declared “fake”. Now that the Election Petition timeline has ceased, IEBC communicated a letter to the Orange Democratic Movement, copying in the Speaker of Nyamira County Assembly to swear me in as per the gazette notice dated 8 September 2017 as the Commission confirmed that the gazette was indeed in order and valid.
I look forward to being officially sworn into office on Tuesday 23 April 2019, so that I can officially assume office to serve the citizens of my County. I am also pursuing an elective position in the 2022 General Election of Kenya.
I am also participating as a contestant in the Ms President Academy (a program that seeks to encourage more women to take on political Leadership in the Kenya) that features every Wednesday on one of Kenya’s local channels KTN HOME from 20:00 – 21:00. As a contestant, I was one of 1 000 applicants and am delighted for all the support that has delivered me to the top 18 remaining contestants.
My political party ODM, is a member of the Africa Liberal Network, the largest political network of liberal political parties, which is also a regional organization affiliated with Liberal International. Amongst 100 applications received by the network’s Women Leadership Programme (WLP), I am one of the 14 participants who have been selected from various applicants from across Africa. The programme is managed and monitored by the Africa Liberal Network, the Liberal Democrats UK, the Friedrich Naumann Foundation for Democracy, the Westminster Foundation for Democracy and Liberal International – together with other Africa continental and global organisations and counterparts.
As part of my community work, I focus on mentoring young men and women with teenage pregnancy prevention, financial literacy, responsible living and etiquette. I aim to create a centre of excellency in my county to work with citizens and civil society organisations in ensuring a conducing environment for programmes of development.
My note of self motivation and inspiration is that the glass is always half full, never half empty. I’m a leader who believes in being part of the core-team that is driving and championing change. I am capable and ready to serve. 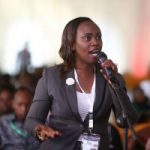 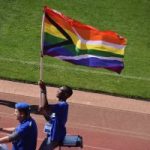